How To Recognize Malware

Malware can steal, encrypt, or delete sensitive data, and it can also alter or hijack certain functions of the computer in order to monitor the computer’s activity – even if the victim isn’t aware of it.  As time goes on,…

Malware can steal, encrypt, or delete sensitive data, and it can also alter or hijack certain functions of the computer in order to monitor the computer’s activity – even if the victim isn’t aware of it.

As time goes on, malware attacks continue to get more sophisticated. Many use a command-and-control server so cybercriminals can communicate with a computer system that they’ve infected, gain remote access, and steal sensitive information from its hard drive.  These newer strains of malware are meant to trick users, security administrators, and anti-malware programs alike.

The Spreading of Malware

Malware can spread in more ways than just one. In fact, there are six common ways in which it gets around:

If there’s a defect in a system’s security, malware may exploit it to gain access to the network, computer, or hardware.

An opening in the software, either intended or unintended, that lets malware in.

Software that is downloaded unintentionally, with or without the knowledge of the end user.

The chances of a worm spreading to other computers in the system are increased if all computers are running on the same operating system and connected to the same network.

A cybercriminal receives escalated access to a computer or its network and uses that access to stage an attack.

Packages of malware that combine characteristics of multiple tactics in order to make the attack harder to spot and put a stop to.

Now that you understand that types of tactics that malware can employ, take a look at some of the most common types of malware:

A computer virus will self-replicate and modify other computer programs and replicate their own code. After replication, the affected areas become infected. Virus writers exploit vulnerabilities in a system, and many of them employ sophisticated anti-detection software to avoid anti-virus programs. Viruses are often created with the goal of making a profit, sending a message, demonstrating that vulnerabilities exist, or simply for the sick amusement of the creators. They can cause billions of dollars worth of damage by wasting resources, corrupting data, increasing maintenance costs, stealing personal information, and causing system failure.

A computer worm is a self-replicating malware program that means to infect other computers by duplicating itself. It can duplicate while still remaining active on the original device it infected. Computer worms rely on vulnerabilities or security failures, then cause harm to a network via disruptions to the system.

A trojan horse pretends to be a legitimate program, and they are typically spread through phishing tactics. The outcome of a trojan horse might be creating a backdoor to let the attacker into the infected computer, giving access to personal information like internet activity and banking credentials.

In order to remove malware, you’ve got to understand what symptoms to look for. Here are a few symptoms that your computer might show – symptoms that might just be telling you that your system is infected with malware.

Pop-Up Messages On Your Screen

If strange pop-up messages keep coming up on your screen, it may be due to a malware attack called adware. Adware generates pop-ups in hopes to gain permission that will allow it to install more malware onto your system. If you do end up downloading that software, it might steal and/or delete your data. These ads may also bombard your system with unwanted information. The best way to combat this type of malware is to get good anti-virus software.

Malware programs on your computer take resources to operate, which means that they can take up space on your CPU and memory – overwhelming your system. This can slow down your computer and make it unusable at times. Some malware uses your internet connection to give access to a remote hacker, and that may slow down your connection by a considerable amount. If you’ve noticed that your computer has suddenly slowed down by a noticeable degree, install an antivirus program. Such a program will prevent malware from running background resources, and then isolate it to keep your computer memory safe.

When malware infects your system, it can change the names of your files and run applications that will transfer those files to different places. Some malware can even wipe your data completely. If you notice this happening on your device, arm it with a strong antivirus program that will fight malware attacks.

Removing malware can be difficult, but it’s nothing that Barricade Cyber Solutions can’t handle. Even better, allow us to get in front of malware attacks for your business. Get in touch with us to learn more about our prevention techniques, and what we can do to keep your data safe.

Start The New Year Off The Right Way 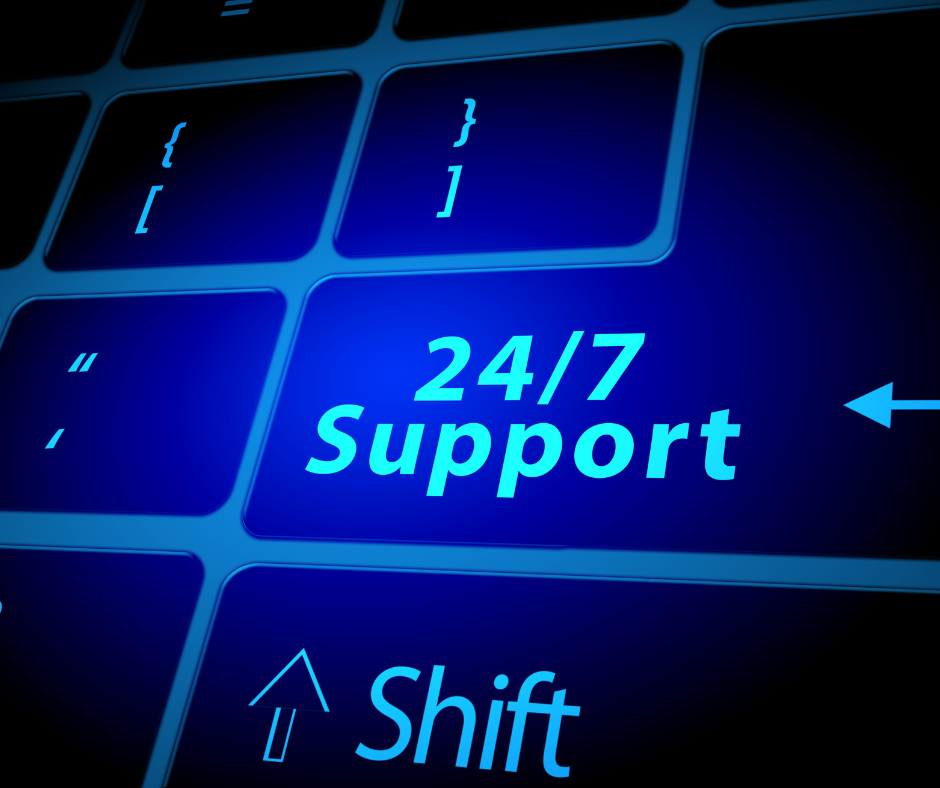 Recover Your Data And Your Trust

While it’s true that cyberattacks are stressful, it’s very likely that you won’t be aware of the attack until after…

Did You Fall Victim to a Cyber Attack Over the Holidays?

If your business fell victim to a cyberattack over the holidays, you are far from alone. Unfortunately, the holidays are…